After two months when we visited specific genera this month’s topic should be of interest whatever you grow. Rick Lockwood will be with us on Thursday February 11, at 7:00PM to answer the question “What do Orchids Eat?”. Rick has very kindly shared with us the attached update of his original article in “Orchids” (excluding charts and tables), which takes us to 2014. I thought some of you would like review this before the meeting when Rick will take us on his journey of the following 6 years as he continued his research to find the ideal menu and serving size for our orchids. 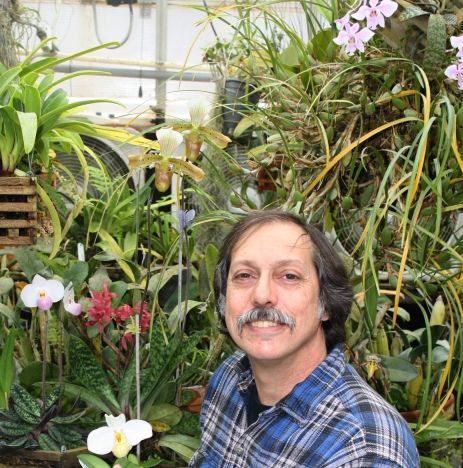 From the age of 5, Rick has been figuring out how to culture oddball organisms. After graduating from The University of California Irvine he became a herpetologist and aquarist for the Oklahoma City Zoo. After leaving The Zoo in 1995, Rick became an environmental toxicologist with Ramboll Group A/S, where he is managing scientist for the aquatic toxicology division in Nashville. He has focused on major ion (salt) toxicity issues (in particular potassium) since 2005. His wife, Robin, rekindled his love of orchids in 2001 and she has since been passionately pursuing the study of species orchid culture, breeding, and conservation. Rick is an active and past office holder of the Orchid Society of Middle Tennessee and a major contributor on the SlipperTalk orchid forum. Slipper orchids are his favorites, but it took almost 10 years before he “got it right” to the point where he was achieving AOS awards with his favorite flowers. Besides “Slippers”, Rick also keeps an extensive collection of species Bulbophyllums and Phalaenopsis.

To further whet your appetite for Rick’s talk, here is a photograph taken in the well-stocked greenhouse of a member of Smoky Mountain Orchid Society who has been following his suggestions after hearing him speak in 2016. 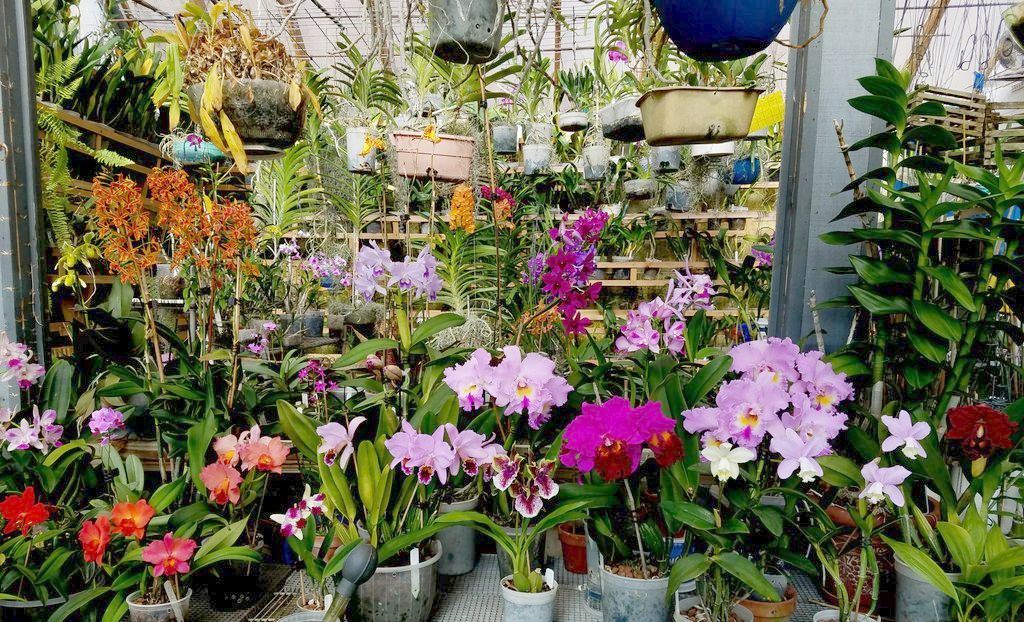