December 9th, 2021 Nicolas Rust: “An Introduction into the Wild World of Jewel Orchids” 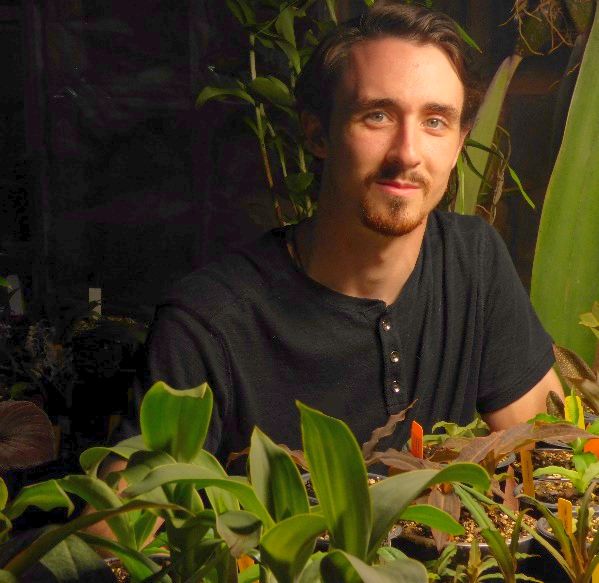 Our final speaker for 2021, Nicholas Rust, will lead us through the mysteries of the most talked about orchid group this Holiday season – jewel orchids.  His talk, perhaps reflecting the modern popularity of the group, is called “An Introduction into the Wild World of Jewel Orchids” and will be at our usual time of 7:00PM PST on Thursday December 9.

Nicholas is an up-and-coming hybridizer in the orchid community, seriously growing and studying orchids for about 7 years. His orchid passion arose during the end of high school when a Mini Phalaenopsis was gifted to him. Like a flame to gasoline, this gift quickly pulled him into the diverse world of orchids. Shortly after his interests were formed, he began exploring the culture of several unique genera of terrestrial orchids. He now specializes in Habenaria and other related genera, jewel orchids, and Bulbophyllum,

After studying biochemistry and molecular biology throughout college, Nicholas approached his orchids with the same scientific perspective he used while working in a research lab. This led to an interest in the entire growth cycle of orchids and the start of his own hybridization program which focuses on terrestrial orchids. His aim is to use rarely cultivated species and distinct variations of common species to create truly exceptional shapes and colors that will pave new directions for unique hybrids.