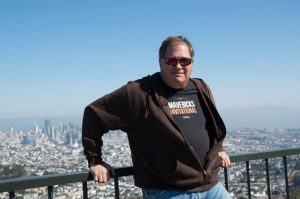 Our intended speaker for April was Jeff Trimble. Jeff started growing orchids in 1972. He joined his first orchid club in 1975. By 1978 Jeff was show chairman for the Peninsula Orchid Society, a member of the Santa Clara Valley Orchid society, and President of Malihini Orchid Society. In 1980 he was asked to be the VP and then President of the San Francisco Orchid Society. Jeff took on the task of Show Chairman at the Pacific Orchid Exposition one year and later was a co-founder of Orchids in the Park. He is a Past President of the Peninsula Orchid Society, the Cymbidium Society of America (CSA) and the Gold Coast Cymbidium Growers. He is also a CSA judge. Jeff grows Cymbidiums, Odontoglossums, Cattleya alliance, and many other species in his unheated greenhouse.

While Jeff could not be with us in person for his talk on ‘10 types of orchids you can grow outside’, he has worked diligently to come up with an alternative which I believe works very well. Like many speakers, Jeff’s talk would have been supported by a slide presentation. Specially for DVOS, Jeff has updated and expanded his presentation and added full voice-over. Instructions for downloading and using the related file were sent to DVOS members.