DVOS Meeting Speaker: Steven Beckendorf – Why are there so many orchids? 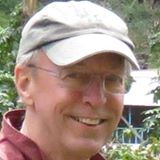 Orchids are the largest family of flowering plants, with about 30,000 species. How did they become so successful?

Recently, a combination of molecular analyses and orchid fossils has made it possible to estimate the rate of orchid evolution. The results show that orchid evolution has sped up at least three times since the most primitive orchids appeared. These accelerations produced not only the huge increase in the number of orchid species, but also the extravagant diversification of shape, color, and pollination mechanisms that fascinate us. I’ll describe some of the genetic and environmental changes that allowed these accelerations.

Steve started growing orchids in the early 1980s and quickly became fascinated by Odontoglossums and their close relatives because of their beauty and variety. They had a glamorous past as the most sought after plants in the orchid frenzy that gripped Europe in the 19th century. In addition, excellent hybrids were available from growers and hybridizers on the West Coast.

He soon realized that few of the species in this group were readily available and began collecting them for propagation and use in hybridizing. His attempt to find unusual or lost species has led to many trips to the cloud forests of Mexico & South America.

As a geneticist and developmental biologist at the University of California, Berkeley, Steve has worked on the mechanisms that define tissues and organs in early animal embryos. Because of this background, he has been interested in several of the scientific aspects of orchids, including molecular taxonomy and deceptive pollination strategies.

Steve is passionately involved in orchid conservation and is a director of the Orchid Conservation Alliance (OCA) and a member of the Conservation Committee of the American Orchid Society. He is also an accredited AOS judge.

Dinner with the Speaker at 5:30 p.m. is at Sichuan Fortune House, 41 Woodsworth Lane, Pleasant Hill, CA

Everyone is invited to attend and meet our speaker.